The Western Railway Museum is located at 2275 Front St. in Fairfield, CA 94533. It was founded in 1952 and is part of the National Railway Historical Society. The museum has a large collection of historic train cars and locomotives, as well as various exhibits about local railroad history, electric railroads, and much more. There are also many other attractions located on the site such as the Western Automotive Museum and Railroad Park . 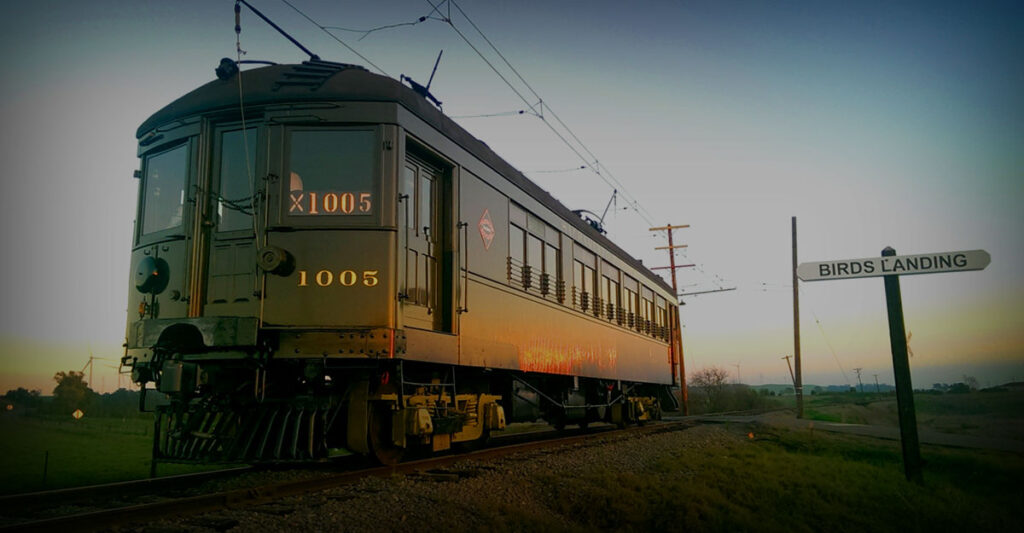 Since it’s founding in 1952, the Western Railway Museum has amassed one of the largest collections of historic electric railway equipment in North America with over 80+ pieces. Visitors can now view all sorts of historic car models that were used to transport passengers throughout California. Some notable cars include:

It has an admission fee of $5 for adults and $2 for seniors (65+), children (6-12), and people with disabilities. The museum offers a discounted yearly rate as well as free passes for veterans and active duty military personnel (with ID). For more information call (707) 864-7499 or check their website: http://www.wrm.org/

“The Western Railway Museum is built on the original right-of way that once formed part of the nation’s first transcontinental railroad, which immediately became known as the Central Pacific Railroad Company when it was completed April 14, 1869.”

“Today the museum is home to one of only four remaining steam locomotives built for Central Pacific. It was originally built in 1883 at CP’s Sacramento Shops, and served as one of the company’s “Camelbacks.” Number 243 is also significant because it has two single-truck pilot trucks instead of the more common two-axle lead truck.”

“The Western Railway Museum operates on three miles of original track that once carried passengers and freight between Sacramento and Oakland, California. Today visitors can see several preserved locomotives pulled by classic California railroad cars cruising past historic buildings along this route.”