The Travis Air Force Base Heritage Center opened its new permanent exhibit on February 6, 2015. The opening was held at the center’s newest home in the Vintage Faire Mall of Fairfield, California. 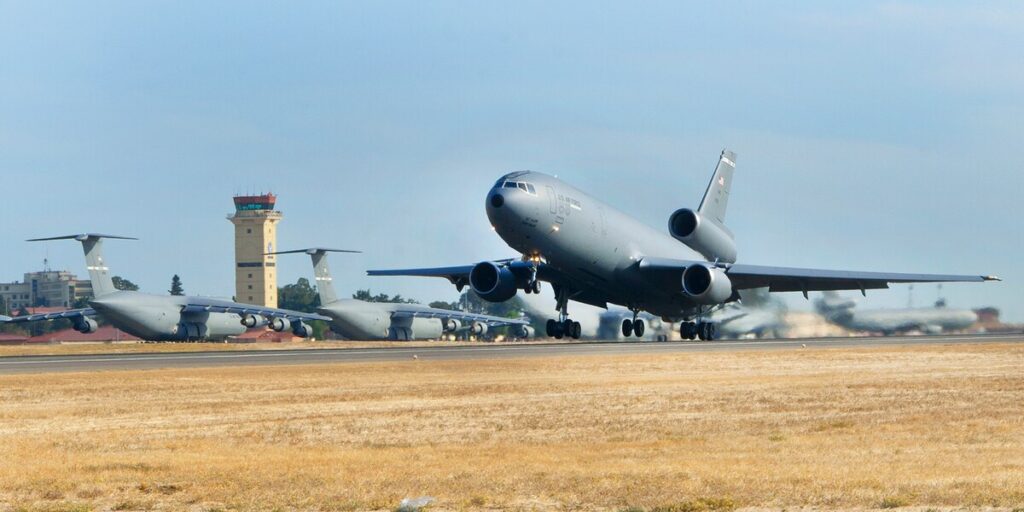 For more than 30 years, the Air Force has brought various military exhibits to celebrate and educate visitors about U.S. military prowess on land air and sea through both large-scale flyovers and static display of retired aircraft.

The collection had been housed in the Doolittle Museum since 1993 until this year when construction began for a $670 million B-52 modernization facility set for completion in 2019 that will be known as the B-52 Modernization Program Integrated Maintenance Facility (IMF), which also doubles as a new location for visitors to see historic aircraft.

“It’s been a long road to finally get this center up and going,” said Col. James E. Rogers, 60th Operations Group commander, during the grand opening ceremony Friday afternoon at Vintage Faire Mall in Fairfield, California where the new heritage center will be located for about a year before moving to the IMF facility once it is complete. “As we say goodbye to our friends at Doolittle Museum, we’ve got a nice new place that I think all of us are really excited about.”

The permanent exhibit boasts three large-scale fighter jets including an F-4 Phantom as well as exhibits on presidential support aircraft as well as those from Vietnam through Operation Desert Storm. Visitors can sit inside a C-141B Starlifter C5-A Galaxy with demonstrated capabilities of aerial refueling and large scale cargo transportation.

The Heritage Center is run by Travis’s 60th Air Mobility Wing (AMW). It will be open to the public Wednesdays through Fridays from 9 a.m. to 4 p.m., Saturdays from 10 a.m. to 5 p.m, and Sundays 11 a.m. to 3 p.m., closed Mondays, Tuesdays and federal holidays except for Memorial Day and Armed Forces Day which falls on Saturday May 26 and Sunday May 27 this year respectively as well as July 29 to commemorate Independence Day holiday period at the Travis AFB Heritage Center Exhibit Gallery located in Vintage Faire Mall within Walking Distance from Vintage Faire Mall Macy’s store.

Click on the icon above to schedule a service call online.